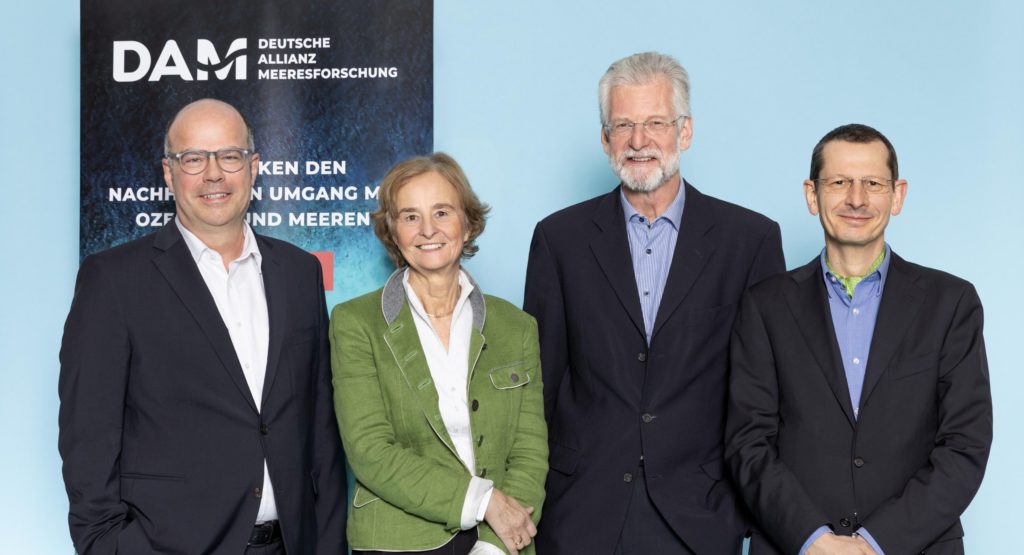 The Executive Board of the DAM consists of four members. The full-time Chairman of the Board is Michael Bruno Klein, who has been actively involved in science management for over 20 years, including as Secretary General of the Leibniz Association and Secretary General of acatech – German Academy of Science and Engineering. The Deputy Chairman is Michael Schulz, Director of MARUM – Centre for Marine Environmental Sciences at the University of Bremen. Karin Lochte, former Director of the Alfred Wegener Institute Helmholtz Centre for Polar and Marine Research (AWI), and Peter Herzig, former Director of the GEOMAR Helmholtz Centre for Ocean Research Kiel, are also members of the Executive Board, which was elected in July 2019 for a term of four years.

Prof. Dr. Karin Lochte
Member of the DAM Executive Board

Prof. Dr. Peter Herzig
Member of the DAM Executive Board