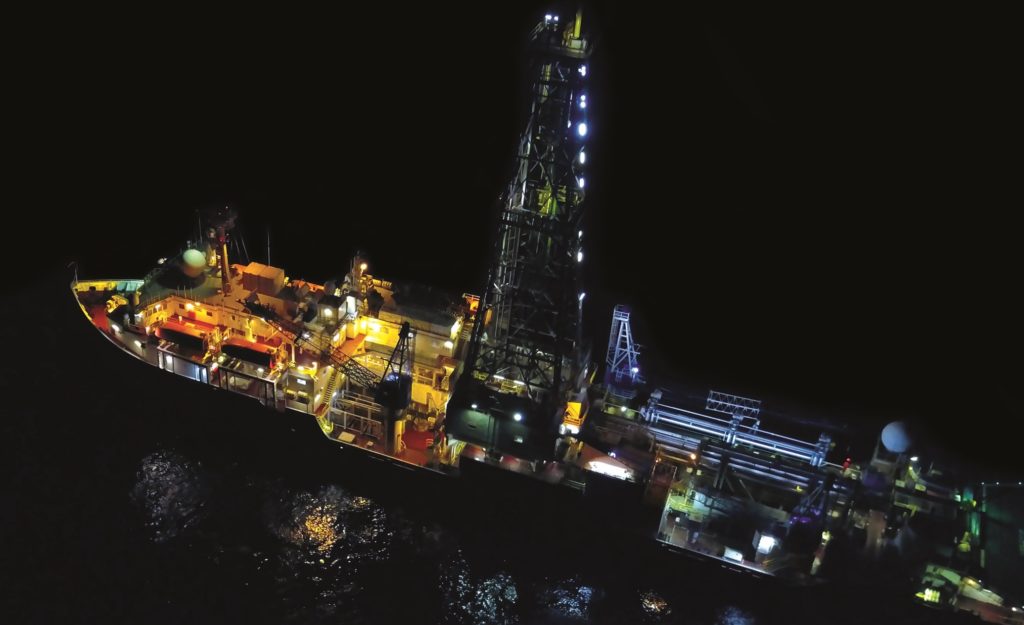 Based on extensive data analysis, an international team publishes global reference curve in the journal Science

Researchers have analyzed data from deep-sea sediments in order to reconstruct Earth’s climate with an unprecedented temporal resolution. To achieve this, the international team, led by Dr. Thomas Westerhold of MARUM – Center for Marine Environmental Sciences at the University of Bremen and Dr. Norbert Marwan of the Potsdam Institute for Climate Impact Research (PIK), compiled and analyzed a comprehensive dataset obtained from sediment cores from the ocean floor. Innovative statistical methods for studying complex dynamical systems were applied revealing fundamental climate states. They show the deterministic nature of climate changes over very long periods of time. The team’s new climate reference curve will be published on 11.9.2020 in the prestigious journal Science.

“Our goal was to create a new reference of past climate over the last 66 million years, which not only incorporates the highest-resolution data but is also more accurately dated,” explains first author Thomas Westerhold of MARUM, a member of the German Marine Research Alliance (Deutsche Allianz Meeresforschung, DAM). “We now know more accurately when it was warmer or colder on the planet and we also have a better understanding of the underlying dynamics.”

“Our mathematical analyses revealed what is at first invisible in the sediment – the hidden relationships and recurring patterns in the climate,” says Norbert Marwan of PIK. “So the view into the past is also a glimpse into the future. We can learn something about the staggeringly rapid anthropogenic changes of our present century from the slow natural climate fluctuations occurring over millions of years.” The climatic changes of the past 66 million years can be studied like a colorful barcode.

Layers of sediment on the ocean floor have been cored across the world for more than five decades through internationally coordinated scientific ocean drilling expeditions of the International Ocean Discovery Program (IODP) and its predecessor programs (DSDP, ODP, IODP). By studying these sediments and the microfossils within, scientists are able to reconstruct and analyze global climate changes into the distant past. They examine the evidence preserved in oxygen and carbon isotopes, which provides information about the past deep-sea temperatures, global ice volumes and the carbon cycle. These clues are stored in the shells of microorganisms that once lived on the sea floor. They represent an archive of past climate conditions that researchers use to draw comparisons between the past, present and future.

The framework of a global climate reference curve has existed since 2001, although the data coverage older than 34 million years was generally poor. Since that pioneering work, however, the climate records obtained from many new sediment cores have improved, both quantitatively and qualitatively. Particularly over the past two decades, scientific drilling programs have targeted their drilling into older geological strata. Researchers therefore now have access to higher quality, more complete sediment archives, and are able to reconstruct global climate in much more detail than ever before.

The new climate reference curve, called CENOGRID (CENOzoic Global Reference benthic foraminifer carbon and oxygen Isotope Dataset), is a reconstruction of the Earth’s climate since the last great extinction 66 million years ago, which introduced a new Era, the Cenozoic. “It is a tremendous joint effort by many colleagues internationally to recover the sample material, analyze it and compile it into an integrated curve,” explains Westerhold.

The age model is the key component of the new reference curve. Recurring patterns in the sediment cores, called Milanković cycles, reflect changes in the Earth’s orbit around the sun. Like a metronome, these fluctuations have dictated the cyclic patterns of climate change. By identifying these astronomical cycles, the climate of the past 66 million years has now been timed continuously for the first time, allowing it to be dated much more accurately than ever before. “We have radically improved the data and age models for the time older than 34 million years in particular,” says Westerhold. This is important because paleoclimate research is always concerned with finding parallels in the past to our current climate. “We want to understand what climate conditions existed in the past, what processes lay behind them, and how they proceeded. The time from 66 to 34 million years ago, when the planet was significantly warmer than it is today, is especially interesting.”

Innovations in drilling strategy and technology in the early 90’s helped over the past few decades to recover the high quality sediment archives required to produce a detailed global climate dataset. With new statistics, the CENOGRID makes it possible to apply advanced procedures for analyzing complex data. In the study, these are now making a significant contribution toward determining and better understanding the climate conditions and dynamics of the past. “We can thus show that there were four predominant climatic modes in the Cenozoic – hothouse, warmhouse, coolhouse and icehouse,” explains Marwan. “In broad terms, this classification has been known for some time, but it was only through data analysis that we were able to identify the fundamental states with statistical precision and reveal their characteristic dynamics.”

The key to this is the advanced statistical method of recurrence analysis. “Recurrence analysis reveals the dynamics of the complex climate system, including changes and hidden patterns,” according to Norbert Marwan. “This, therefore, goes far beyond the direct data analyses from the drill cores.” This kind of analysis also makes it possible to draw inferences about the probability of events, provided there is a large amount of data and long data series. The long time span of 66 million years is advantageous for various reasons, “because only then can we investigate whether climatic events or patterns recur and are therefore determined by natural processes. Or whether they are anomalous and therefore a cause for concern.”

In the future, the new climate reference curve CENOGRID can serve as a basis for researchers worldwide to accurately correlate their data within the context of climate history. With more data, it is now possible to not only further refine the picture of the climatic past, but also to identify regional intricacies. The authors emphasize that this is fundamental for testing the reliability of climate models for the future.