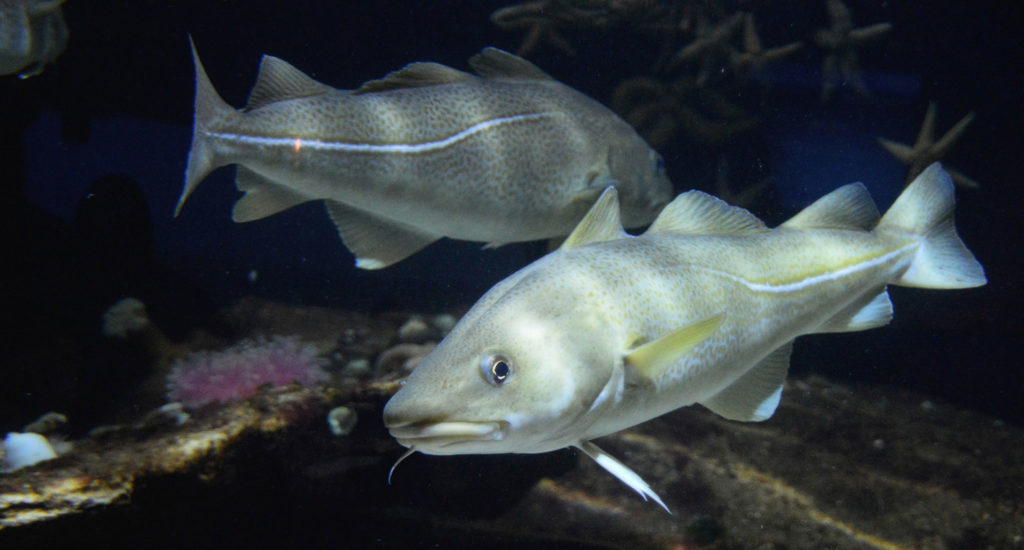 Cod Population in the Western Baltic Beyond Tipping Point

Cod stocks in the Western Baltic have collapsed. A new study led by Christian Möllmann from Universität Hamburg’s CEN has shown that the “tipping point” for this population has already been exceeded. When such a tipping point is reached, it is highly unlikely that stocks will recover rapidly. In the case of cod, both climate change and overfishing are to blame. The study was recently published in the journal Scientific Reports.

Due to high catch limits, and to environmental factors that have largely been ignored to date, it’s very unlikely that the cod stocks along the Baltic coast will recover in the near future. For the recently published study, researchers from Universität Hamburg’s Center for Earth System Science and Sustainability (CEN), the Center for Ocean and Society (CeOS) at the Christian-Albrechts-Universität Kiel – both members of the German Marine Research Alliance (DAM) – and the German Centre for Integrative Biodiversity Research (iDiv) Halle-Jena-Leipzig analyzed several decades of fishing data from the region using statistical models.

In fisheries management, the annual sustainable total biomass is determined for certain fish species that can be caught. This allows populations to recover for the following year. However, this system doesn’t take into account the changing climatic conditions in the region, e.g. due to climate change. As a result, in recent years too many cod have been caught and the stocks are unable to recover.

“It’s generally assumed that stocks can recover if fishing pressure is reduced. Our analysis shows that this is probably no longer the case,” explains Professor Christian Möllmann from the Institute of Marine Ecosystem and Fisheries Management. “The cod population is now in a stable – critical – condition, which makes a return to previous levels difficult.”

The researchers used both conventional algorithms and some that are new in the field of ecology to gain a better understanding of why the cod biomass is decreasing. One method, based on “catastrophe theory,” aims to classify how systems suddenly alter their behavior. This method has been used since the 1970s to predict events such as stock market crashes and overcrowding in buildings.

The researchers first gathered reports on estimates of the cod population in the Western Baltic from 1970 to 2018, as well as datasets on the respective temperature at the sea’s surface in the region. Using a specially developed statistical approach, they were able to identify trends and sudden changes in the cod population – e.g. when there was a sudden drop in young cod. The annual total cod biomass and the reproduction rate were also determined.

EU lagging behind in sustainable fishery

The findings show that decades of overfishing have led to a decline in the total biomass of cod in the region. This has a direct impact on how well the fish can reproduce to restore their population. The authors also concluded that cod are unable to adapt to the rapidly warming environment. Previous studies showed that such conditions reduce their ability to reproduce.

“On one hand the stocks are fished too intensively, and on the other the temperature is increasing,” says fisheries scientist Möllmann. The warming of the water could be an indication that other factors like the pH and oxygen content are also negatively affected, he explains. “Temperature is always an indicator that something is happening in the ecosystem.” Fishing pressure combined with ocean warming could have produced what is known as the Allee effect – a situation in which fewer fish can breed, which means that fewer and fewer eggs survive and develop.

Since global climate change, and with it, the warming of the Baltic Sea will continue, the fishing industry must limit itself drastically for a considerable time to come. “Our analysis shows that the cod population will only recover very slowly, if at all,” Möllmann says. “I’d like to stress that we need to find a solution that allows fisheries to get by with significantly smaller catch limits.”