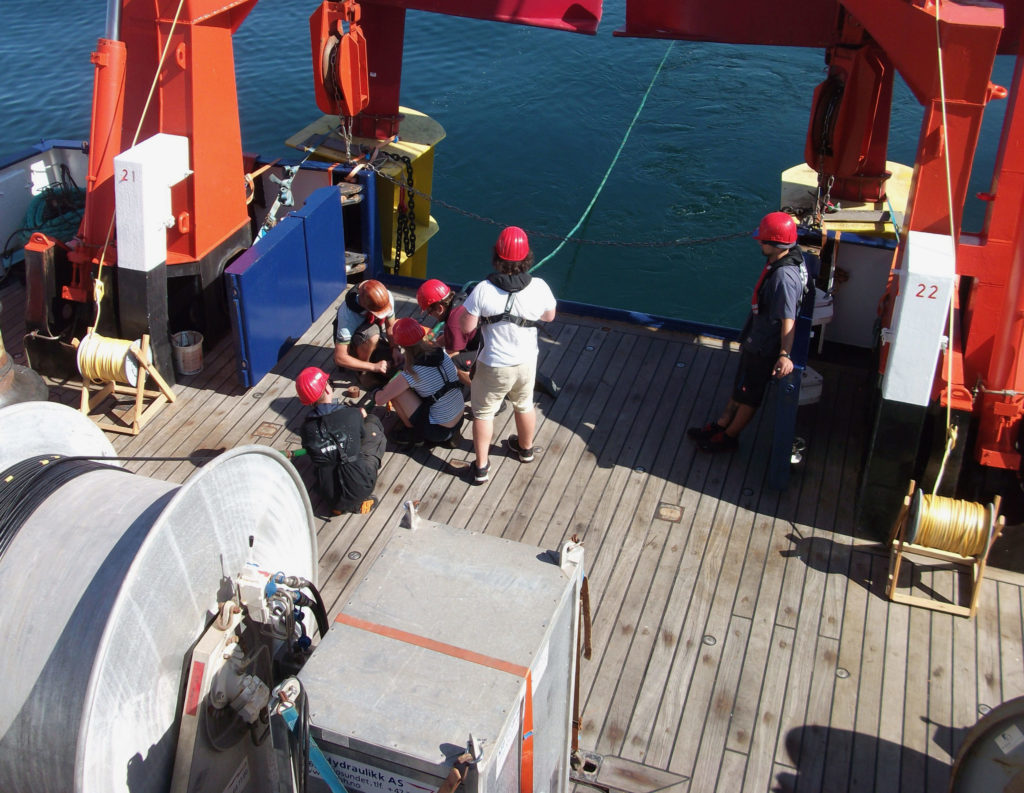 Gas eruption of the past helps to understand the ocean floor

Study investigates natural pathways of gases in the North Sea

The gas eruption during an exploratory drilling in the North Sea in 1964 left a 38-meter-deep crater on the ocean floor known as Figge Maar. Under the leadership of GEOMAR Helmholtz Centre for Ocean Research Kiel, scientists investigated the geological conditions that led to the violent eruption at the time. The resulting study appears today in the journal Earth Science, Systems and Society (ES3) of the Geological Society of London. Understanding the natural pathways of gases is fundamental to the safe use of the seafloor in the transition of our energy systems, including the possible storage of carbon dioxide (CO2) from the atmosphere in the seafloor.

Geological structures and, in particular, natural pathways of gases need to be understood precisely in order to assess the risk of deep drilling into the seafloor. This is the conclusion of a study by scientists from GEOMAR Helmholtz Centre for Ocean Research Kiel, a member of the DAM, the Institute of Geosciences at Kiel University (CAU), also a member of the DAM, Stockholm University, Sweden, the German Federal Institute for Geosciences and Natural Resources (BGR), an associated member of the DAM, and the University of Bergen, Norway, published today in the Geological Society London journal Earth Science, Systems and Society (ES3). In it, researchers are investigating for the first time the events that led to an abrupt release of nitrogen during an exploratory well in the German North Sea in 1964.

The drilling hit a gas accumulation 2,900 meters below the seafloor of the North Sea. The original borehole was capped, but the highly pressurized gas was able to use a system of existing pathways and leaked 400 meters away from the drilling platform. The eruption left a crater that still exists today, more than half a kilometer in diameter and about 38 meters deep, called “Figge Maar.” Nearly five million tons of sediment were transported in the process. Attempts to control the gas leakage failed. After a few weeks, it weakened on its own. Today’s gas emissions at Figge Maar are of low intensity and consist mainly of biogenic methane caused by the decomposition of organic material by methane-forming microorganisms. The drilling site was abandoned. The crater has since naturally backfilled with sediment, and is now still about twelve meters deep.

Seismic and hydroacoustic data from three geoscience surveys of Figge Maar were acquired for the study. Gas samples were also taken and analyzed during the research cruises.

“Knowledge of geological features is an absolute must when we think about drilling in the seafloor,” says Dr. Jens Karstens, lead author of the study and marine geoscientist for ocean floor dynamics at GEOMAR. “By the example of Figge Maar, we see that you need to understand the natural system so that you can prevent such unwanted, and more importantly, dangerous surprises.”

Building on the understanding of the natural pathways of gases through the results of the study, the scientists now want to create strategies for exploring and monitoring potential submarine storage sites of atmospheric carbon dioxide (CO2) in the seafloor. “With the knowledge of our research, we can now define more precise requirements for a permanent and safe storage of atmospheric CO2. While there is no risk of a comparable blowout here, smaller, gradual leaks of carbon dioxide should also be avoided to enable sustainable storage for long periods of time,” adds Dr. Karstens.

Natural deposits of methane and nitrogen in the subsurface are often under high pressure. This is why, due to a lack of sufficient knowledge about the reservoir and its surroundings, an eruption could occur in the Figge Maar case. When storing CO2 in the subsurface, one tends to look for large-area layers that are sealed by overlying layers, in which the CO2 can spread without generating high overpressures. However, these layers must still be as poor as possible in natural fluid pathways in order to permanently hold the carbon dioxide. The basic knowledge required for this and suitable monitoring strategies must be developed in the next few years in order to be able to independently evaluate possible future storage activities.

The study was conducted as part of the EU-funded project “Strategies for environmental monitoring of marine carbon capture and storage” (STEMM-CCS). The project conducted research from 2016 to 2020 on issues with the goal of filling existing knowledge gaps in approaches and methods needed for effective environmental monitoring of ocean carbon dioxide storage sites. Future research on natural fluid pathways and the safety of geological CO2 storage sites in the North Sea will continue in the research project “Submarine Carbon Dioxide Storage in Geological Formations of the German North Sea” (GEOSTOR).