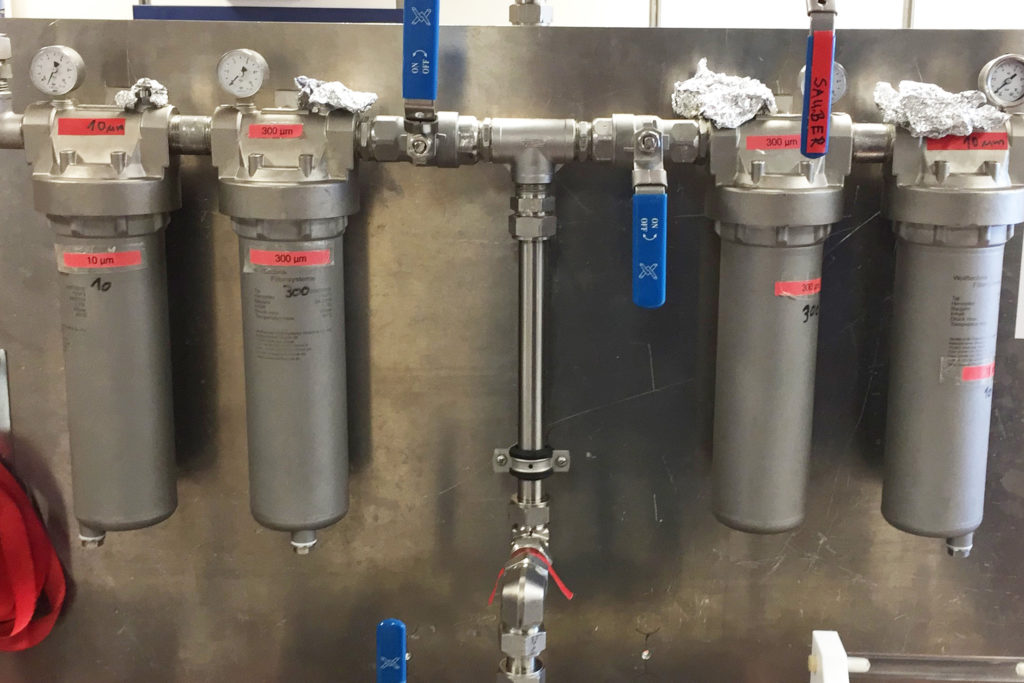 Microplastics in the Indian Ocean

Samples from the tropical Indian Ocean were investigated by researchers at the Helmholtz-Zentrum Hereon, a member of the DAM, using a new method for extraction and identification of microplastic particles from water samples. The result: The burden is clearly measurable. The Hereon Institute for Coastal Environmental Chemistry conducts research about the occurrence, exact size and chemical composition of microplastics in the environment, as well as the interactions between microplastics and other pollutants already present in the environment. The study was recently published in the journal Environmental Pollution.

They may be tiny, but they pose a global problem for humans and the environment: microplastic particles. These are plastic particles with a diameter between one micron and five millimeters. Their accurate analysis is an enormous challenge due to high error rates and the high time demand of previous methods. The considerably improved analysis of microplastics was carried out using a new method, Laser Direct Infrared (LDIR) Chemical Imaging. It was combined with a new sample preparation protocol that decomposes interfering components of the sample with fewer work steps by chemical and enzymatic reactions. The protocol was developed in the Department of Inorganic Environmental Chemistry led by Dr. Daniel Pröfrock. The chemical characterization of the microplastic particles is based on their absorption of infrared light.

Dr. Lars Hildebrandt, one of the two first authors, explains: “In this study, the device, which uses a so-called quantum cascade laser, demonstrated its advantages in the analysis of microplastic particles in environmental samples. It is fast and automatable, which is important for a future standard procedure.“

In the upper water layers

An average concentration of 50 microplastic particles and fibers per cubic meter of water was found in near-surface water of the tropical Indian Ocean, which is unexpectedly high for the open ocean. The most common types of plastic were paint particles (49 percent), presumably originating from abrasion of ship painting, followed by polyethylene terephthalate (PET) with a share of 25 percent. Among other things, PET is used in synthetic clothing as polyester microfibers and for the production of beverage bottles. It potentially enters the environment through washing clothes. Microplastic particles are also formed via fragmentation of PET bottles, for example due to mechanical stress or solar radiation. In recent years, the microplastic pollution in the environment has increased continuously. Plastic particles have now been detected in almost all investigated living organisms.

Fadi El Gareb, the co-first author of the study, says: „Our results show that many microplastic particles, such as polypropylene, polystyrene, and polyethylene, have been fragmented on their way from land-based sources to the open ocean. Thus, they are even more easily ingested by organisms. Through the Sunda Strait, a strait between Sumatra and Java, a large share of the found plastic waste may have entered the Indian Ocean, making it a hotspot in terms of microplastic pollution.“ A significant portion of the world’s plastic waste ends up being exported to countries bordering the Indian Ocean. Due to ineffective waste management, around five million tons of plastic waste are discharged into the marine environment from China and the Indonesian archipelago every year (model-based estimate from 2017).

A look into the future

In further investigations, the authors of the study also want to investigate microplastic occurrences in other oceans using the new analysis method. Hereon-scientist Dr Tristan Zimmermann, who has already sampled parts of the North Atlantic as part of another study, says: „We will sample arctic waters at the east coast of Greenland this August during a cruise with the research vessel MARIA S. MERIAN. Here, the data basis regarding microplastic particles is still very insufficient.“ The researchers want to answer the question: How significant is microplastic pollution in remote regions and is it more severe than expected?

Header-Image: Thanks to the filtration system, the measurement of microplastic particles has become more accurate. Foto: Hereon / Fadi El Gareb