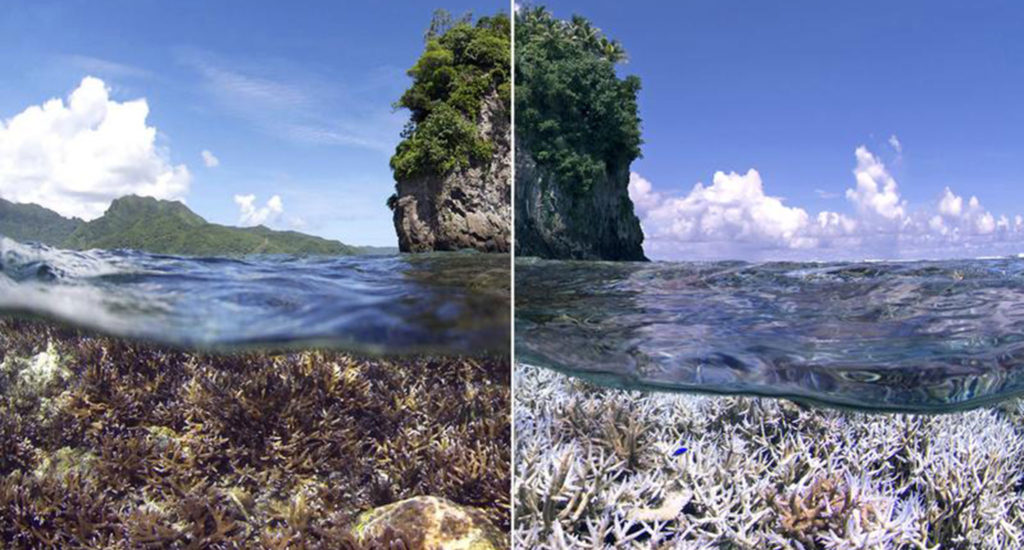 The 14th International Coral Reef Symposium (ICRS) – the first virtual and climate-neutral world coral reef conference – will end on July 23, 2021. Around 1,300 participants from 80 countries were involved. A strategy paper demanding the saving of damaged coral reefs worldwide has been completed.

“The first virtual conference in the 50-year history of world coral reef conferences has been a complete success,” says Professor Christian Wild happily. The head of the Marine Ecology group at the University of Bremen, a member of the German Marine Research Alliance (DAM), planned and hosted the conference together with his team. “Thanks to the virtual format, we were able to resume the desperately needed exchange of new scientific findings this year, despite the COVID-19 pandemic.” Over the course of a week, the virtual conference platform enabled the presentation of more than 850 scientific talks and posters to a total of 1,300 participants from 80 countries. The conference archive will remain open to participants for one year so that they are sure to not miss a presentation. “This is also an advantage of such a virtual format,” explains Christian Wild.

There were even more superlatives: The 14th International Coral Reef Symposium was also the first climate-neutral global coral reef conference and also the most cost effective,” says Christian Wild. This is down to the fact that it was possible to keep the financial contributions of the participating scientists low due to the virtual format. Additional costs for travel and accommodation were also not incurred by the conference visitors. As a result, the participation of people from developing countries was extraordinarily high. It was also possible to keep the price for students low so that their participation was also high. “Both of these groups were very enriching for the scientific exchange,” according to Inae Kim-Frommherz from the conference office at the University of Bremen, who is also partially responsible for the scientific program. “What was also pleasing was the high quality and extreme diversity of the scientific contributions.”

“I would like to thank all of those involved”

Thus, what was basically borne out of necessity due to the COVID-19 pandemic has in fact had positive effects. Christian Wild: “It was a new experience for us all. I would like to thank all of those involved, who made it possible for us to realize the virtual format – which includes the Bremen Convention Bureau team from Wirtschaftsförderung Bremen and the Bremen company Smart Abstract.”

A look back: The International Coral reef Symposium was to take place in person in Bremen last summer but the symposium had to be postponed due to the pandemic. The ICRS conference organization team from the University of Bremen subsequently developed a new concept: A solely digital event with the name “14th ICRS 2021 VIRTUAL,” that took place over five days this year. Additionally, a face-to-face event is to take place in Bremen under the name “15th ICRS 2022” from July 3 to 8, 2022.

Much like tropical rainforests, coral reefs are ecosystems of global significance. They exist along the equator between the latitudes 30 degrees North and South around the entire world. “Their economic value adds up to ten trillion US dollars per year,” says Dr. Sebastian Ferse from the Leibniz Centre for Tropical Marine Research (ZMT), another DAM member, in Bremen, who is also a member of the ICRS 2021 VIRTUAL organizational team. Around 600 million people are directly economically dependent on functional coral reefs. That amounts to nearly eight percent of the world’s current population.

Additionally, industrialized countries are increasingly profiting from new agents for drugs that have been discovered in coral reefs. The reefs are points of concentration of species diversity and also influence species diversity and the biomass of the oceans far beyond their own borders.

The dangers that the coral reefs face are also of a global nature: The CO2 emissions that have caused manmade climate change and will directly lead to the loss of worldwide coral reefs if nothing changes, mainly stem from industrialized nations. The fact that the 14th International Coral Reef Symposium has now been hosted by a European institution for the first time is not just a coincidence. “It is an indication that we are assuming co-responsibility for the coral reef crisis in the Tropics and must try to find solutions for said crisis,” says the marine biologist Christian Wild from the University of Bremen.

“The research findings from the recently completed 14th International Coral Reef Symposium confirm that we are in the middle of a serious coral reef crisis and also indicate that the situation has worsened in comparison to the last status report of global coral reefs from the year 2008,” says Christian Wild. A whole series of innovative solution approaches for the maintaining of coral reefs have been presented.

The current situation forms the basis for the important strategy paper that was presented to the public at ICRS 2021 VIRTUAL: “Rebuilding Coral Reefs: A Decadal Grand Challenge.” The paper targets worldwide decision makers from politics, administration, economy, and civil society. “We want to make the urgency of measures, which are needed for the protection and restoration of coral reefs, clear,” say Dr. Sebastian Ferse and Professor Christian Wild, both Bremen co-authors of the international strategy paper.

Header-Image: High water temperatures are occurring more frequently due to climate change. In 2016, it was not only the Great Barrier Reef off the coast of Australia that was affected immensely. A Global bleaching of coral took place. The before (left side) and after (right side) images of the same reef section clearly show that the complete reef top is bleached. USA, American Samoa, 2016.