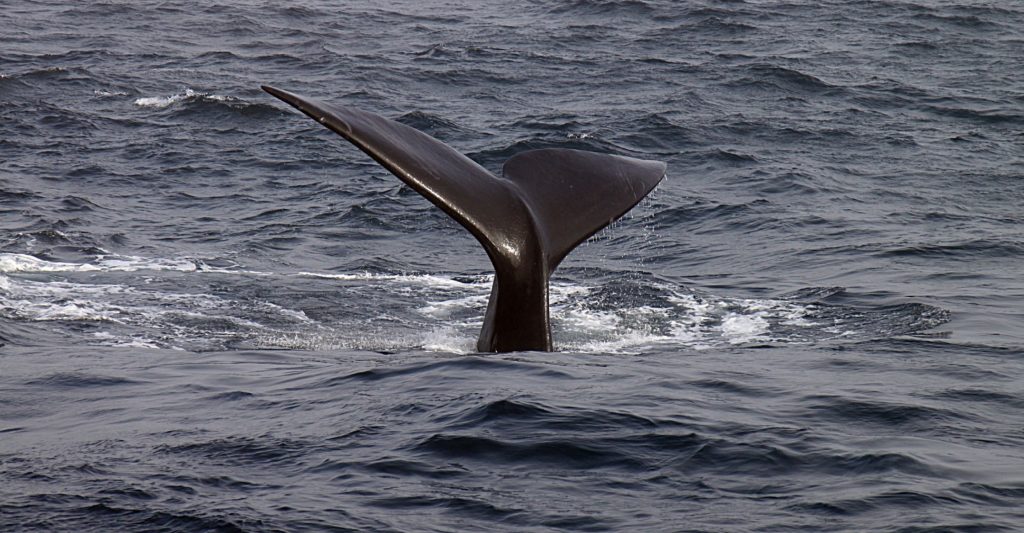 The Marine Soundscape and Anthropogenic Noise

Due to construction work in the sea, shipping, and gas and oil extraction, the oceans are becoming increasingly louder. A comprehensive international study has now shown that this noise affects the behaviour of far more animal species than previously assumed. The researchers call for us to listen closely to the ocean and to finally regulate noise worldwide. Viable technological solutions are already available.

The seas are growing louder and louder. The noise from demolitions, firecrackers, and piles being driven into the seabed for oil and gas exploration and extraction can travel for several kilometres, and is now affecting not just coastal areas, but also the deep sea. Added to this is the droning of several thousand freighters, motor yachts and jet-skis. Experts predict that the noise in the oceans caused by human activities will continue to increase in the future. This is a cause for concern, since marine animals are already severely affected by the noise level today. It can influence their behaviour, drive them away, disrupt their feeding habits, and in extreme cases, can even harm the hearing of seals and whales. Many animals communicate using sounds and calls – dolphins and other whales, as well as fish, crustaceans and other invertebrates. It is highly likely that the spreading of anthropogenic underwater noise will increasingly interfere with communication between marine fauna, and affect the marine soundscape. A global change in the soundscape already occurred in the last century, due to the overhunting of whales.

Gauging the full extent of the noise

The problems are clear. Nevertheless, until now it has hardly been possible to quantify the degree to which marine organisms are actually affected by the noise. This is because they react very differently to noise depending on the situation, their age, sex, and the season. In a large-scale review study, an international team of 25 researchers has now assessed over 500 scientific papers on marine noise in order to accurately determine, for the first time, how bad the noise pollution in the ocean really is, and which marine organisms are affected most severly. “The various behaviours that animals display in response to noise make it difficult to draw general conclusions from individual observations, and to comprehensively evaluate the threat that noise poses,” says biologist Ilse van Opzeeland from the Alfred Wegener Institute, Helmholtz Centre for Polar and Marine Research in Bremerhaven, a member of the DAM. She worked on the study, which has now been published in the journal Science. “Our review is a synthesis of the scientifically relevant studies conducted on noised since the 1970s. It shows that marine noise affects many, very different species of marine fauna, and that noise from certain sources has negative effects.”

A cacophony of noise at all frequencies

The comprehensive analysis of roughly 500 scientific papers impressively demonstrates that the frequencies of marine noise are largely in the same range as that in which marine animals communicate. Some sources of noise emit sounds that cover a broad range of frequencies, from very low to extremely high. These include, above all, large and small ships, trawlers’ rattling fishing gear, and the operation of oil and gas platforms. “We have long known that, for example, porpoises in the North Sea flee when pile driving is carried out for wind park construction,” explains van Opzeeland. “But the studies we analysed show that other, very different animal species, too react to noise – such as bivalves and cnidarians, which include jellyfish.”

Since for many years our knowledge of the effects of marine noise appeared to be patchy compared to aspects like ocean warming and acidification, or pollution due to toxic substances and plastic, the topic was largely neglected. “Although Europe and individual countries have it on their agendas, to date there haven’t been any international protection efforts,” comments van Opzeeland. One exception is the European Union’s Marine Strategy Framework Directive, which clearly lists noise mitigation as a goal. In view of their compelling analysis, the authors call for greater international cooperation. Further, they stress the need to consider the many pressures on marine life as a whole, since, while climate change and litter are difficult to control locally, noise is less so.

“Of course, not all sources of noise in the sea, such as the expansion of wind power and commercial shipping, can be done away with completely,” adds van Opzeeland. “Nevertheless, various measures can be implemented to effectively reduce marine noise.” In the North and Baltic Seas, for instance, bubble curtains have been used for some time at wind turbine construction sites to dampen the echo of the piles being driven into the ground. In the eastern Mediterranean, reducing ships’ maximum speed by ca. two knots has led to a roughly 50 percent drop in noise. And, according to the authors, the explosions and air-gun shots used in natural resource exploration can be avoided using devices that send strong vibrations from the seafloor down into the depths. “Accordingly, with our study we also wanted to offer hope. The current trend can be reversed. The oceans don’t necessarily have to become louder. Our study shows just how serious the problem is. But it also shows that noise levels can be reduced, especially through international collaboration.