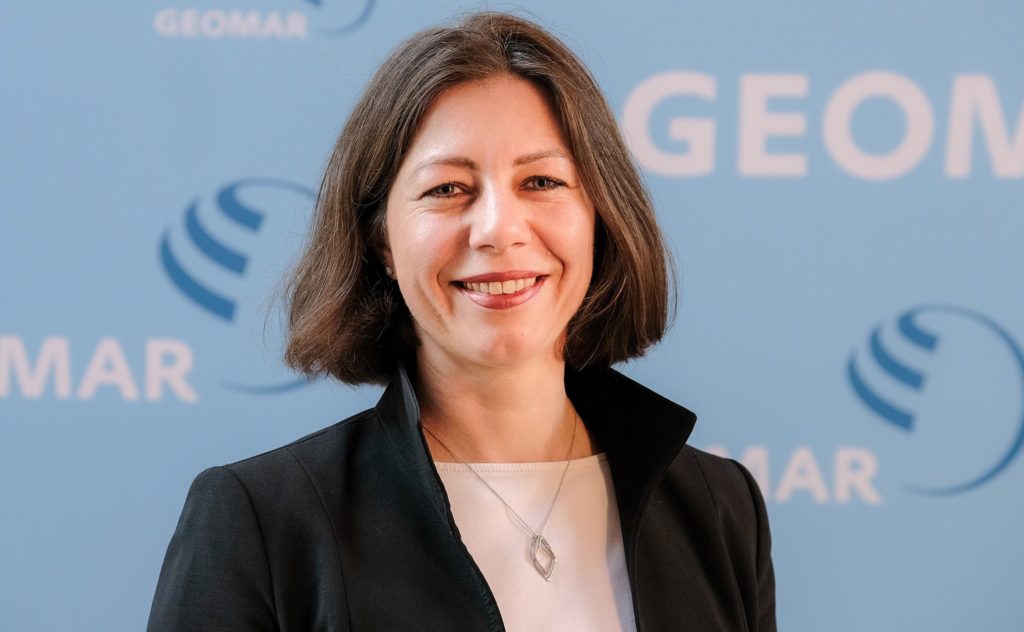 The Board of Trustees of GEOMAR Helmholtz Centre for Ocean Research Kiel unanimously appointed the meteorologist, Prof. Dr. Katja Matthes, as the new Scientific Director of GEOMAR. Professor Katja Matthes (44) will succeed Professor Peter Herzig, who will retire on the 1st of October after 16 successful years.

Katja Matthes joined the research centre in Kiel, Germany as Professor of Meteorology in 2012. Born in Berlin, she studied meteorology and completed her PhD at the Freie Universität Berlin. Following her doctorate, she worked for several years at the renowned National Center for Atmospheric Research in Boulder, Colorado, USA. The next step in her career saw her leading a Helmholtz-University Young Investigators Group at the Helmholtz Centre Potsdam, German Research Centre for Geosciences. In 2011, Katja Matthes was appointed as an associate professor for “Atmospheric-Hydrospheric Systems” at the Freie Universität Berlin. In 2012, she was recruited as a full professor of meteorology at GEOMAR and the Christian-Albrechts-Universität zu Kiel. She has been the head of the research division “Ocean Circulation and Climate Dynamics” at GEOMAR since 2018. Professor Matthes is an expert in the field of climate variability and climate change, especially the influence of the Sun on the climate. She is the author or co-author of more than 75 peer-reviewed articles in scientific journals, a contributing author of the current 6th IPCC report and a member of various national and international committees. Her research contributes to the better quantification of anthropogenic climate change and to the improvement of short-term climate predictions.

“We are very pleased to have recruited such an excellent scientist as head of GEOMAR and wish Professor Matthes every success in her new position”, said Ministerial Director Volker Rieke from the Federal Ministry of Education and Research, Chairman of GEOMAR´s Board of Trustees and of the Appointment Commission.

The Minister of Science, Education and Cultural Affairs of the State of Schleswig-Holstein, Karin Prien, welcomed the decision: “I am particularly pleased that, for the first time, a female scientist will be taking over the scientific leadership of the Centre. I am sure that Professor Katja Matthes, both as a high-profile scientist and as a leader of a large research team, will actively shape GEOMARs future and so also be a great asset for the research location Schleswig-Holstein”.

Professor Peter Herzig passes the baton to his experienced colleague: “I hold Katja Matthes in the highest esteem and wish her strength, good fortune and a positive spirit in managing the Centre in the coming years”.

“I look forward to the challenge of continuing to assure a top international research environment at GEOMAR so that our ocean science can contribute to the development of sustainable solutions for the pressing issues of the future”, says Professor Matthes.

The official handover of office will take place on the 1st of October.