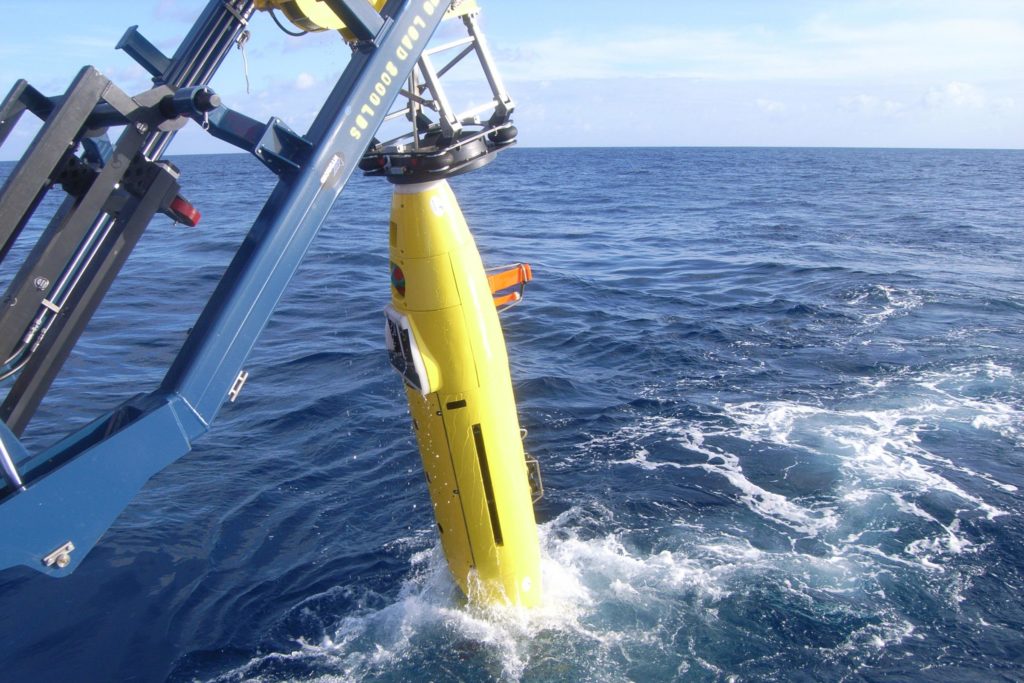 Oceanic eddies play an important role in the mixing and transport of nutrients or of physical properties, such as heat. In this way, they influence the flow of substances to the seafloor or the occurrence of species. Scientists of the today launched expedition M182 – MOSES Eddy Study III, the last of a series of three research cruises of the Helmholtz initiative MOSES to the upwelling area off Mauritania, are now investigating the effects of ocean eddies in more detail. Their focus is on carbon transport from the sea surface to the seafloor, the mechanisms of the biological carbon pump, and the export of carbon to the deep sea. These processes affect carbon dioxide uptake in the ocean and are directly linked to climate change.

Upwelling areas are among the most productive marine areas in the world. They are not only significant for biodiversity, but also play a major role in the global food supply and economy as high-yield fishing grounds. Oceanic eddies influence the biological, biogeochemical, and physical properties of these regions and are therefore highly significant to their function. A good understanding of these processes in relation to human-induced climate change is important to assess potential profound impacts on the dynamics of upwelling systems in the research region.

“Ocean eddies significantly influence the occurrence of life in the ocean in many areas,” says Professor Greinert,  research cruise director and head of the “Deep-Sea Monitoring” working group at GEOMAR. “We know that the eddies have a significant influence on the carbon pump – a biological process that controls CO2 uptake in the ocean – in the upper water layers. As a result, they significantly influence the exchange of carbon dioxide between the atmosphere and the ocean. What we don’t know is how eddies affect the export of carbon from the upper water layers to the deep ocean and ultimately to the ocean floor. When carbon is stored in sediment, CO2 removed from the atmosphere is stored with it for geologically long periods of time. We therefore want to better understand these processes in order to better assess future climate trends.”

During the research cruise, four working areas will be visited at different water depths and distances from the Mauritanian coast off West Africa and investigations will be carried out before, during and after a passage of an eddy. In doing so, the M182 cruise complements the investigations of the previous two cruises, M156 and M160.

Essential to the M182 is the deployment of an entire fleet of autonomous survey vehicles and landers, a type of measurement platform. A total of seven Autonomous Underwater Vehicles (AUVs) and a novel rover will explore the water column and seafloor alongside three deep-sea lander systems. “We have a load of high-tech instruments on board that has never been deployed to the extent by GEOMAR before” says Jens Greinert “It is technically complex but the necessary next step to collect even better research data.” Optical, acoustic and chemical sensors on the platforms are complemented by chemical, biological and genetic analyses in the laboratories of the M182 research vessel METEOR.

The expedition is part of the project “Role of eddies in the carbon pump of eastern upwelling systems” (REEBUS), funded by the German Federal Ministry of Education and Research, and the Helmholtz initiative “Modular Observation Solutions for Earth Systems” (MOSES). In this initiative, coordinated by the Helmholtz Centre for Environmental Research (UFZ), nine research centers of the Helmholtz Association are jointly building mobile and modularly deployable observation systems between 2017 and 2022 to study the effects of temporally and spatially limited dynamic events, such as extreme precipitation and runoff events, on the long-term development of Earth and environmental systems.