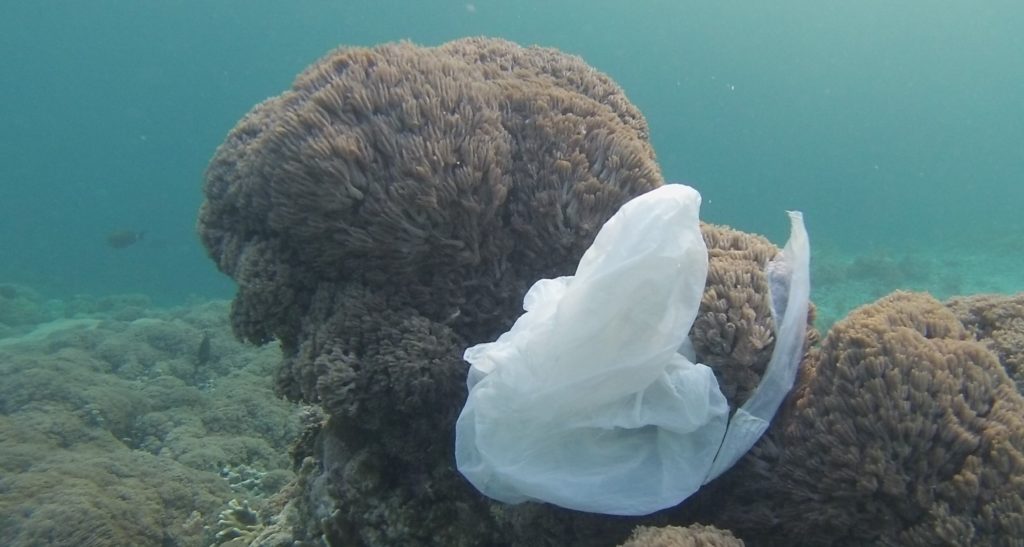 Plastic waste in the oceans

Floating garbage chutes are not the solution

Cleaning the seas from plastic waste cannot be achieved with technologies such as the Dutch “Ocean Cleanup” project. The private initiative aims to clean up the oceans by using floating barriers which are supposed to collect the plastic waste and bring it ashore. However, this contribution to cleaning up the ocean surface is very small, according to a recently published scientific study. “Technologies such as those proposed by the ‘The Ocean Cleanup’ project will not help us to solve the plastic problem,” said Agostino Merico, researcher at the Leibniz Centre for Tropical Marine Research (ZMT) – a member of the German Marine Research Alliance (Deutsche Allianz Meeresforschung, DAM) – and Professor of Ecological Modeling at Jacobs University Bremen.

“We urgently need to rethink how we produce, consume and dispose of plastic and how we can promote sustainable alternatives,” said the co-author of the recently published study. Plastic waste is an acute threat to the global marine ecosystem. Many marine organisms eat or swallow plastic, often with deadly consequences. When plastics decompose, they release toxic and hormonally active additives, such as plasticizers, into the marine environment. These substances are then absorbed by organisms and eventually also by humans. The authors estimate that 399,000 tons of plastic currently pollute the oceans, 69,000 tons of which are microplastics. This corresponds to the weight of about 4,000 blue whales, the largest inhabitants of the oceans, which weigh on average about 100 tons. The study estimates that by the year 2052, the amount of plastic will reach 860,000 tons – that is more than double of the present-day quantities.

A number of private initiatives have set themselves the goal of cleaning the oceans from plastic waste. “Ocean Cleanup”, for example, is striving to clean up the “Pacific Garbage Patch” in the North Pacific, the largest garbage swirl in the oceans, within 20 years. To achieve this, 600-meter-long floating barriers will be used to collect the plastic, which will later be recycled or incinerated on land.

The study, titled “The long-term legacy of plastic mass production”, used mathematical models to analyze the effects of using 200 waste chutes. In this scenario, they would collect plastic for 130 years – from 2020 to 2150 – without downtime, which would lead to a plastic reduction of 44,900 metric tons during that time interval. This is just over five percent of the estimated global total by the end of this period. “In view of the huge amounts of plastic waste that continuously reach the oceans, this is a rather small contribution,” said Dr. Sönke Hohn of the ZMT, one of the authors. However, Merico emphasized: “Though projects such as ‘The Ocean Cleanup’ are not as effective as many of us think, they are still admirable and useful.”

One big concern is related to the fate of the plastic waste that is collected and brought ashore. Recycling is difficult because the plastic is very diverse and often overgrown by microorganisms. Sorting it would require a great deal of effort. Solutions such as incineration or burial are impractical for ecological reasons. Burying could contaminate the soil, burning releases CO2 into the atmosphere.

“By giving the impression that these technologies are an effective solution to the problem of plastic in our oceans, they can provide a justification for further pollution of the environment,” Merico fears. Barriers in rivers, the main transporters of waste, in combination with waste chutes, are clearly more promising, but they are not very practical because of the shipping traffic. “There is only one solution: we must stop producing plastics and promote alternative, more sustainable solutions such as the use of biodegradable materials,” emphasized Merico.

In addition to the Leibniz Centre for Tropical Marine Research in Bremen and Jacobs University, researchers from the Leibniz Institute for Zoo and Wildlife Research in Berlin, the University of Exeter in England and the NGO “Making Oceans Plastic Free” participated in conducting the study. It was recently published in the journal “Science of the Total Environment”.

Link to the publication