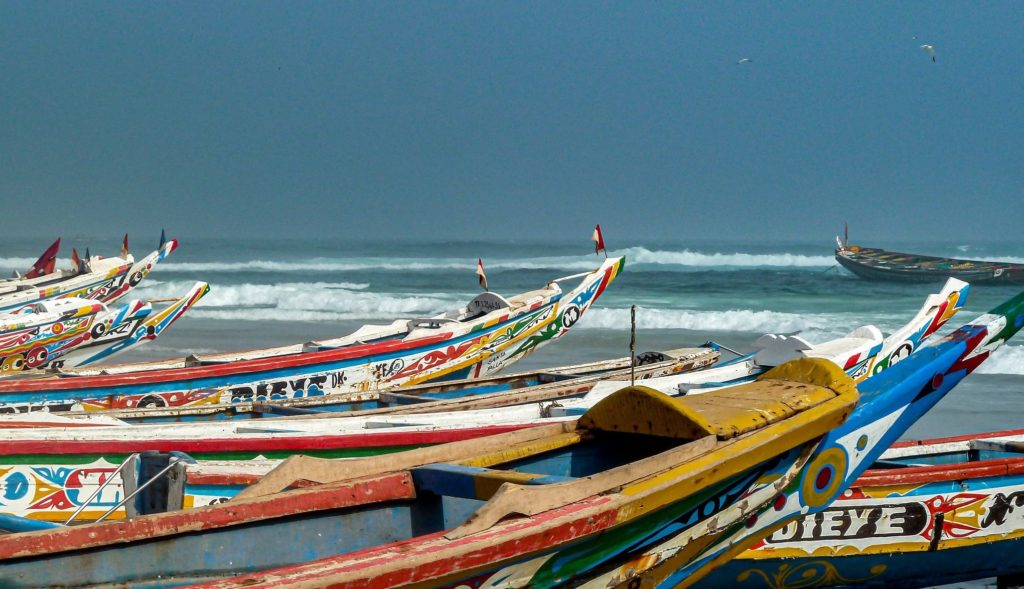 Research at the interface between Ocean and Society

27 November 2020 With the ceremonial opening of the Center for Ocean and Society (CeOS), marine and coastal research at Kiel University (CAU) will receive a new platform for research at the interface between ocean and society. Integrated into the Kiel Marine Science (KMS) priority research area at the Kiel University, a member of the DAM, the center will focus on the implementation of scientific projects in exchange with actors from business, politics and civil society. The Schleswig-Holstein Minister of Science and Education Karin Prien, Kiel University President Professor Simone Fulda and the Director of the Kiel Marine Science (KMS) priority research area, Professor Ralph Schneider, symbolically handed over the Center for Ocean and Society to the new Director, Professor Marie-Catherine Riekhof, at the Wissenschaftspark Kiel.

Solutions for challenges such as the mitigation of climate change or food security for a growing world population depends, to a large extent, on a healthy marine environment. The ocean and its coasts make an important contribution to people around the world and at the same time, society is exerting increasing pressure on the oceans. The new Center for Ocean and Society at Kiel University therefore relies on a research approach for sustainable options for action that is based both on the perspectives of various scientific disciplines and on the knowledge of actors outside the scientific community.

“For the sustainable use of marine resources, for example, scientific knowledge is needed. But it is only in the exchange with non-university knowledge carriers and by taking existing institutions into account that knowledge for action can be jointly developed,” said the Director of the Center for Ocean and Society, Professor Marie-Catherine Riekhof, in her opening speech. “We want to find sustainable solutions that are scientifically supported, economically practicable, socially accepted and politically feasible,” Riekhof continued. First, the Professor for Political Economy of Resource Management and Nutritional Science at the Faculty of Agriculture and Nutritional Sciences will concentrate on the three topic areas including “Marine Food Security”, “Marine and Coastal Geohazards” as well as ”Marine and Coastal Resource Economy” with the help of her team of 20 employees. In the long term, however, the Center for Ocean and Society is to become a hub for the entirety of transdisciplinary marine research at Kiel University.

In their welcoming addresses, both the Minister of Science and Education of the State of Schleswig-Holstein, Karin Prien, and President Professor Simone Fulda from Kiel University praised the ambitious goals of the new platform. The University, together with the Faculty of Agriculture and Nutritional Sciences, had supported the establishment of the Center for Ocean and Society with the professorship for Political Economy of Marine Resources, which will be permanently financed by the state of Schleswig-Holstein in the future.

“For the solution of the large social questions of the future, such as climate change and its effects on the ocean, we must urgently involve humans, whom it concerns. The Center for Ocean and Society builds this important bridge between science and society in an exemplary manner. I wish Professor Riekhof and her team every success,” says Science and Education Minister Karin Prien in her video message at the opening event, which, due to the restrictions imposed by the Covid 19 pandemic, took place without guests and was mostly moved into virtual space.

For more than a decade now, marine sciences at Kiel University have had a strong interdisciplinary orientation and have been researching in larger alliances with the state’s non-university research institutions. This unique breadth from the natural sciences, the humanities and the social and societal sciences, which is mainly bundled in the Kiel Marine Science (KMS) priority research area, now acquires a new dimension with the transdisciplinary research at CeOS, which also underpins Kiel University’s claim to not only share research findings with society, but also to develop them.

“We want to be visible as a globally networked university and in doing so, we are particularly focusing on activities that have an impact beyond individual faculties. The transdisciplinary research agenda of the Center for Ocean and Society therefore not only strengthens marine sciences at Kiel University, but we are also specifically expanding the interdisciplinary integration of the university in the area of knowledge transfer and exchange with society,” said Kiel University President Professor Simone Fulda in her welcoming address, emphasizing the importance of such a platform for marine sciences in Kiel. “We are happy that with Professor Riekhof we have been able to win over an internationally renowned expert for this task, who is already researching at the interface of different disciplines with her topic of natural resource management”.

The Center for Ocean and Society is firmly integrated into the priority research area Kiel Marine Science at Kiel University. More than 40 research groups from seven faculties pool their expert knowledge in this research area. As at hardly any other institution in Germany, the Center for Ocean and Society is interdisciplinary in its approach to research and education of future generations and is oriented towards the sustainability goals of the United Nations in the context of Agenda 2030: “We see, particularly in the international context of the UN Decade for Ocean Research, which starts next year, that marine science research will become a futurology in the closest dialogue with different actors in society,” explains KMS Director Professor Ralph Schneider from the Institute of Geosciences at Kiel University, explaining the intention of the research focus for the establishment of a separate center. “We wanted to institutionalize our claim to bundle our research at the interface between man and the sea. Only in this way can we achieve a new dimension in the transfer of results. The Center for Ocean and Society should develop in the long term into an expert platform for all marine scientists who implement transdisciplinary projects,” Schneider underlines the objective.

Contact Directors of the Center for Ocean and Society

Artisanal coastal fisheries are vital to the food security of local populations in many countries, such as Senegal. Photo: Marie-Catherine Riekhof/CeOS