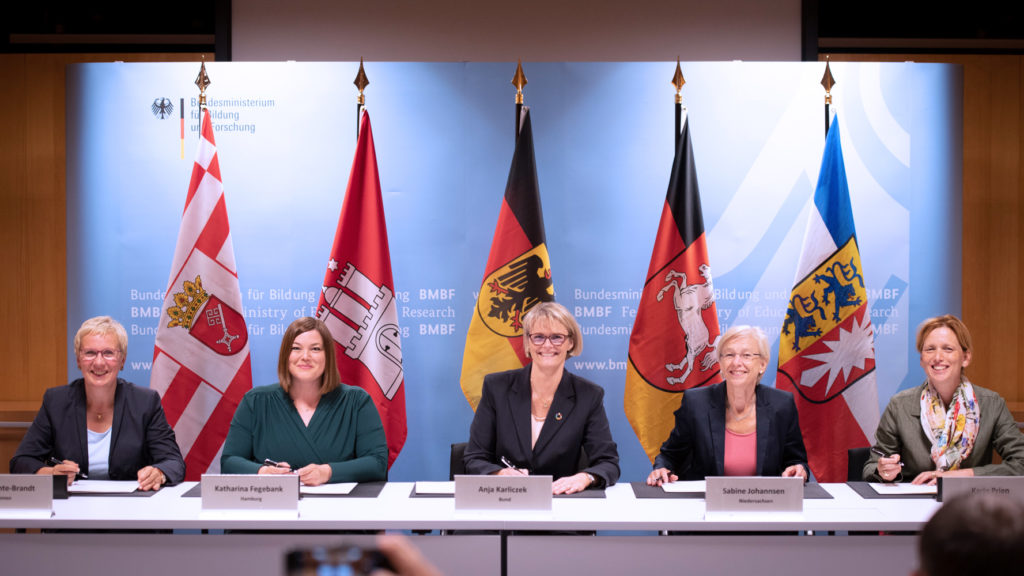 On 18 July 2019, the administrative agreement came into force which establishes the German Marine Research Alliance (DAM) and governs its funding. It defines the tasks and objectives of the DAM as well as its structure and its committees.

The bodies of the German Marine Research Alliance are

Furthermore, a Stakeholder Forum was established in spring 2021 as an independent advisory body to the DAM.

Members of the Executive Board

Members of the Administrative Council

Members of the International Advisory Board

The Stakeholder Forum is an independent advisory body to the DAM with 30 or so members, who are drawn from politics, business and civil society, and is intended as a “sounding board”. To this end, the Forum receives information about ongoing and planned DAM activities and provides feedback on them from the different perspectives of its members. The Forum also serves an important function in generating new ideas and identifying topics for future research missions and other DAM activities.

Members of the Stakeholder Forum