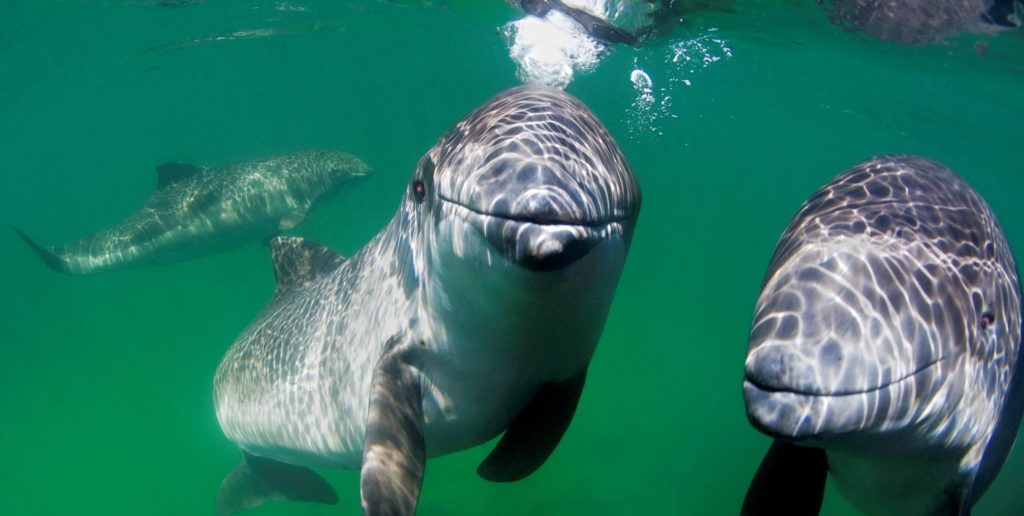 On September 7, the EU funded project “Marine Mammals Science Education” received the ASCOBANS Outreach and Education Award 2020. Since 2005, this prize recognizes actors from the field of public relations and education who, through their commitment, draw attention to the threats and dangers to marine mammals and at the same time show the public options for action to protect these creatures. At the official award ceremony during the ninth meeting of ASCOBAN member states, Dr. Katrin Knickmeier and Dennis Brennecke, who coordinated the Marine Mammals project from Kiel, accepted the prize online on behalf of all project partners.

“We would like to thank the expert jury for the award,” said Knickmeier, head of Kiel Science Factory. “It acknowledges our project work, the aim of which was to spark young people’s interest in the natural sciences and to educate schoolchildren and the general public about marine mammals and the threats they face. Our success in this is based on the excellent cooperation with our European partners and the great support of the team of the EU Office at Kiel University.”

Associates from nine scientific education and research institutions in Germany, Poland, Sweden, Belgium and Denmark have jointly developed materials for school lessons during the project duration from 2016 to 2019. Here, the focus is on marine mammals like the harbour porpoise, as these creatures are particularly well suited to illustrate topics such as noise and plastic pollution in the oceans or the problem of by-catch in commercial fishing.

Furthermore, marine mammals enjoy special attention worldwide. They possess a high level of intelligence as well as pronounced social and communicative skills. They also have a very emotional effect on people, which is why they are particularly suitable for introducing young people to scientific issues, as Dennis Brennecke, project manager from Kiel Science Factory, explains: “Marine mammals are great popular figures. As a result, the students quickly develop an emotional connection to the topics dealt with, which in turn makes scientific access easier for them”.

In addition to classic workbooks in German, English, French, Swedish, Danish and Polish, the project also produced borrowable expedition boxes with experiments, 3D animations of various marine mammals and other marine animals such as squid and mussels, podcasts and an interactive poster. The teaching materials are available for free download on the website www.marine-mammals.com. The expedition boxes can be borrowed free of charge by teachers via Kiel Science Factory.

About the partners in the EU funded project Marine Mammals

German project partners are Kiel University (CAU), a member of the German Marine Research Alliance (Deutsche Allianz Meeresforschung, DAM), the Institute for Terrestrial and Aquatic Wildlife Research at the University of Veterinary Medicine Hanover Foundation (TiHo), the Leibniz Institute for Science and Mathematics Education (IPN) and the Network meeresmedien Hamburg. In addition, the University of Liège (Belgium), the Foundation for the Development of Gdansk University (Poland), the University of Southern Denmark (Denmark), Havets Hus in Lysekil (Sweden) and WWF Poland are also included. The overall coordination of the project, which was funded with 1.8 million Euros from the Horizon 2020 Framework Programme of the European Union, was carried out by the ocean:lab of the Kiel Science Factory.

Further information on the project is available at www.marine-mammals.com

About ASCOBANS (Agreement on the Conservation of Small Cetaceans of the Baltic, North East Atlantic, Irish and North Seas)

The Agreement on the Conservation of Small Cetaceans of the Baltic, North East Atlantic, Irish and North Seas (ASCOBANS) was signed in 1991 and currently comprises ten states. Originally, it served the conservation of small cetaceans in the North and Baltic Seas. Through an extension decided on February 3, 2008, the Agreement Area now also includes the Irish Sea and parts of the North East Atlantic and the Bay of Biscay.

Through the ASCOBANS cooperation, small cetacean species such as the harbour porpoise, the common dolphin or the killer whale are to be protected from human interference across borders. Recently, a working group has also been established under the ASCOBANS umbrella to deal with the conservation of large cetaceans in the Agreement Area.

In the almost 30 years of its existence, ASCOBANS has initiated or participated in numerous projects for the protection of small cetaceans, for example small cetacean counts from airplanes in the North Sea, the registration of Baltic harbour porpoises with underwater detectors, as well as international protection plans for the North and Baltic Seas and research on whale protection. The main focus of work in recent years has been the unintentional bycatch of harbour porpoises in fisheries or underwater noise, which occurs during the construction of wind turbines at sea and leads to the death of many whales and dolphins.

About the ASCOBANS Outreach and Education Award

Raising awareness and involving the public are important aspects of nature conservation. People protect what is important to them, but this always requires specific knowledge. Since 2005, the ASCOBANS Outreach and Education Award has been presented to institutions, facilities and individuals from the entire agreement area who are particularly active in the field of public relations and education. This includes raising awareness of the threats and dangers to marine mammals and showing how individuals can contribute to their protection. Previous award winners are Hel Marine Station (Poland), Petra Deimer and Hans-Jürgen Schütte from the Society for the Protection of Marine Mammals (GSM), the Sea Watch Foundation and its director Dr. Peter Evans (UK), the Swedish dolphin expert Mats Amundin and Whale and Dolphin Conservation (WDC).