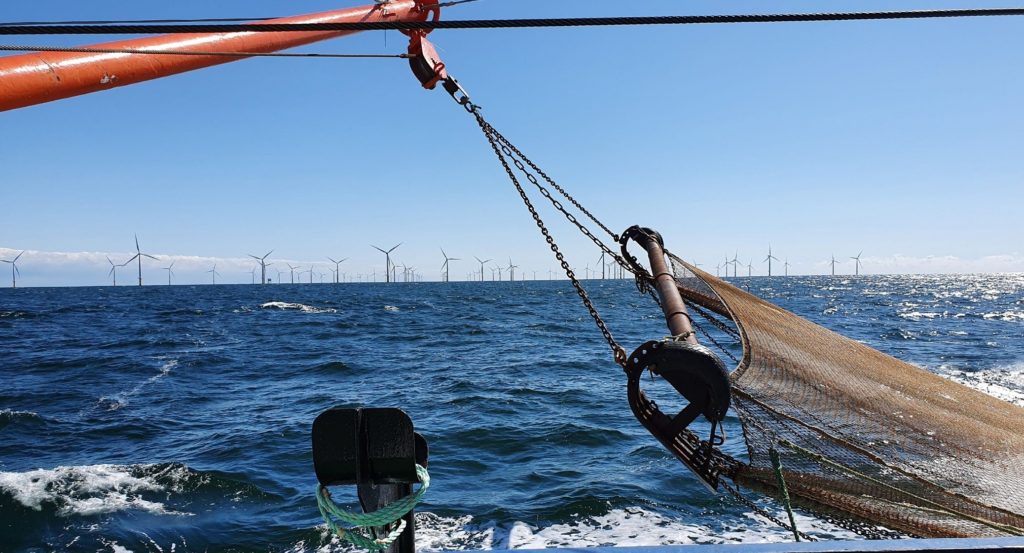 Berlin, 30 November 2020  What impact will the exclusion of bottom trawling have on marine protected areas in the German Exclusive Economic Zone (EEZ) of the North Sea and Baltic Sea? Two pilot missions in the North Sea and Baltic Sea, which started in March, are examining this key question as part of the research mission “Protection and Sustainable Use of Marine Areas” of the German Marine Research Alliance (Deutsche Allianz Meeresforschung, DAM). This question was also at the focus of the kick-off event for the pilot missions, which took place today – online, due to COVID-19 restrictions. Speakers from public authorities, politics, business, science and civil society discussed the challenges of fishing in and using the North Sea and Baltic Sea in sustainable ways (Programme).

Bottom trawling is used to catch demersal (bottom-dwelling) fish such as plaice, sole, cod and shrimp and has a significant impact on the seabed and the benthic communities living there. Habitats such as sandbanks, reefs, mussel beds or ross worm reefs can be damaged to varying degrees depending on the fishing areas and methods. For this reason, mobile bottom-contact fishing is to be excluded in the coming years, at least in some parts of the German and European marine protected areas.

The two DAM pilot missions now offer the opportunity to observe how protected areas develop once bottom trawling has been discontinued. To do this, the current environmental status will first be studied and documented in selected regions inside and outside marine protected areas in the North Sea and Baltic Sea EEZ as a reference; afterwards, the marine communities, seabed morphology, biogeochemistry of marine sediments and the exchange processes between the sediment and the water column can be analysed to see how they evolve in the absence of disturbances. Until now, there has been little research into this type of influence on marine protected areas and the results will provide an important basis for the future management of the protected areas in the North Sea and Baltic Sea.

Preventive research for the sustainable management of coastlines, seas and oceans

As Bettina Martin, Minister for Education, Science and Culture of the state of Mecklenburg-West Pomerania, pointed out in her welcoming address, the Northern German states and the Federal Government set up the German Marine Research Alliance (DAM) last year to conduct this type of preventive research: “The German Marine Research Alliance has the potential to become one of the largest and most successful marine research alliances in the world. In order to achieve this goal, all four core areas of the DAM need to be able to unfold their full potential: research, infrastructure, data management and digitalisation, and knowledge transfer. All the partners within the Alliance will have to make a joint effort to ensure that this important project can live up to its aims in the near future, and become a leader in international marine research.”

In his welcoming address, Volker Rieke, head of the department “Provision for the Future – Basis Research and Research for Sustainable Development” at the Federal Ministry of Education and Research (BMBF), described policy makers’ expectations: “The research missions of the German Marine Research Alliance are not only meant to allow excellent research to be conducted. The idea of knowledge transfer is also crucial: Our goal is to put the knowledge gained to practical use. Policy-makers and society need a concrete knowledge base for action, if we are to meet the big societal challenges of our time.”

Through the pilot missions, marine research is contributing to the implementation of the EU Marine Strategy Framework Directive (MSFD), signed in 2008, for the German areas of the North Sea and Baltic Sea. Germany is obligated to improve the environmental status of the North Sea and Baltic Sea, said Christiane Paulus, Head of the Department for Nature Conservation and Sustainable Use of Nature at the Federal Ministry for the Environment, Nature Conservation and Nuclear Safety, in her welcome address. “The German Marine Research Alliance is an important ally for our work. This is why I am very happy about this new launch. The DAM’s action-oriented findings from the research into the sustainable use of our oceans will help us to live up to Germany’s responsibility for species and habitats in its own seas and in the oceans around the world.”

Klaus Jürgens, project manager of the Baltic Sea pilot mission at the Leibniz Institute for Baltic Sea Research Warnemünde (IOW), expects the pilot missions to provide new insights into the importance of marine protected areas for the conservation of communities of species that are typical of the habitat, as well as sediment functions and ecosystem processes in the Baltic Sea, providing a basis for issuing recommendations on the management of nature reserves. “In our studies, we examine all the components, from bacteria and organic matter turnover through to the fish fauna, thereby obtaining for the first time a comprehensive picture of the effects of bottom fishing on the ecology of the marine protected areas in the Baltic Sea,” he explained during the panel discussion.

Suitable protection measures need to be developed so as to improve the environmental status of the North Sea and Baltic Sea and to counteract the possible loss of biodiversity, explained Karen Wiltshire, project manager of the North Sea pilot mission and Deputy Director of the Alfred Wegener Institute Helmholtz Centre for Polar and Marine Research (AWI). “The future of humankind is closely linked to preserving intact marine ecosystems. We need knowledge, effective knowledge transfer and suitable precautions in order to combine the use of these systems with their protection. The pilot missions are an important part of this indispensable process.”

Biodiversity needs to be preserved and restored in marine protected areas. To this end, management plans are agreed for each area, which enumerate the measures for protecting the species and habitats that occur there. The Federal Agency for Nature Conservation (BfN) is responsible for implementing the management plans in the marine protected areas of the EEZ. Britta Knefelkamp, head of the BfN department responsible for marine nature conservation, hopes that the pilot missions will produce scientifically sound results that can be used in the political process and facilitate the coordination and concrete implementation of fisheries measures. “In addition to the official monitoring, this data will also provide us with information on the current status of the marine protected areas. In order to gain a better understanding of marine ecosystems, recognise changes in their status in plenty of time and to be able to take efficient measures, we need to ramp up the cooperation between nature conservation and research even further in the future.”

The kick-off event will be followed by a meeting of experts on 1–2 December, again online.

The first research voyages being conducted as part of the pilot missions have been taking place in the North Sea and Baltic Sea since May. The next Baltic Sea expedition is planned for January 2021, followed by North Sea expeditions in April.

Press photos can be downloaded here

We will be glad to answer further questions.